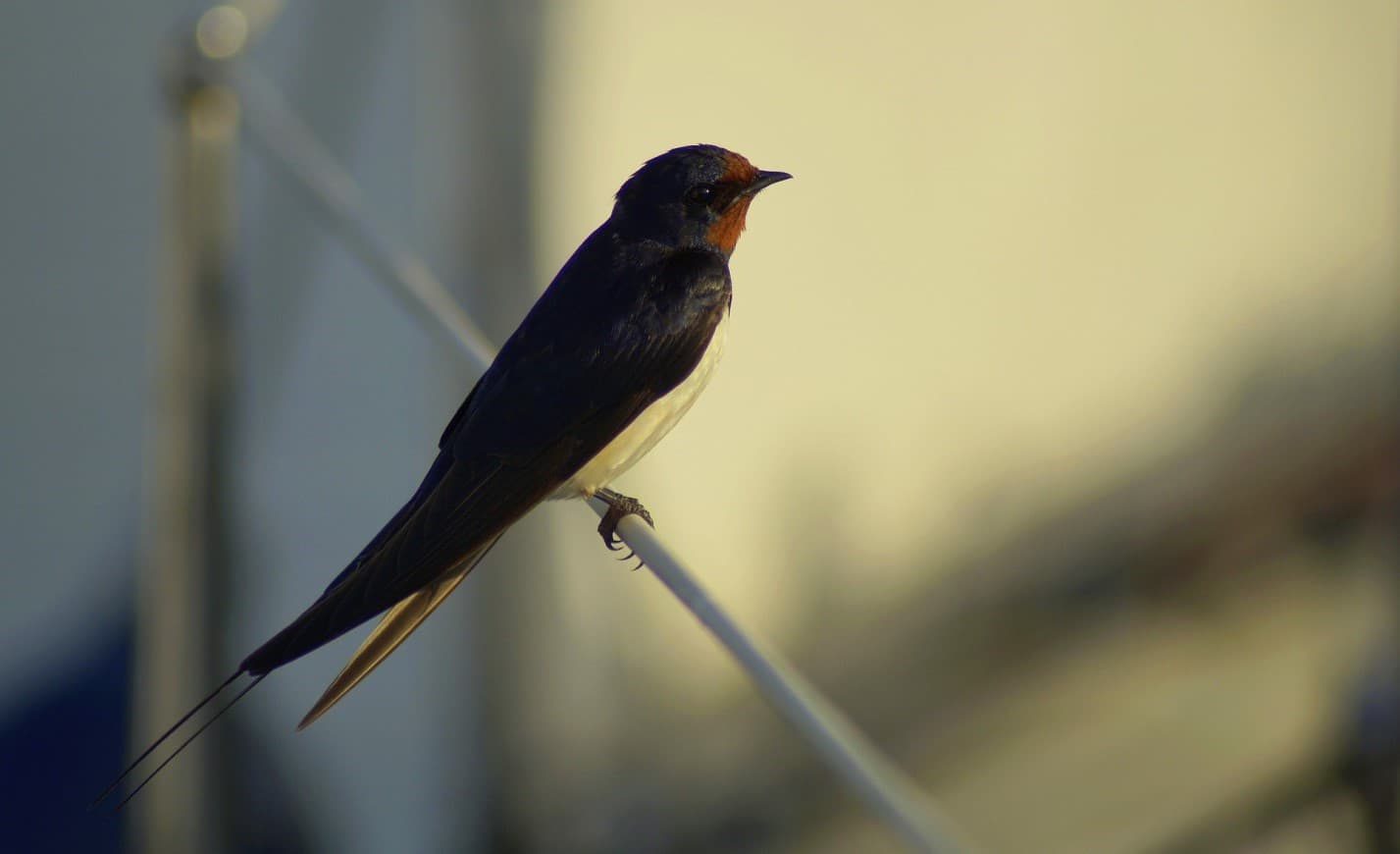 Arrival of swallows is one of the spring signs for most of us. No wonder in the annual international action Springalive, organized by BirdlifeInternational, two of the five messengers of spring are exactly swallows. These small passerine birds will fly in to Ukraine in mid-April. The flyway lasts about five to six weeks for birds to travel nearly 10,000 kilometers. The birds fly during the day when the air warms well. And before the migration, overflying the Sahara Desert and the Mediterranean Sea, the birds make multy-day stops to gain strength and energy before a difficult flight.

Swallows, being representatives of the sparrow genus, live in almost the entire planet except the South Pole and New Zealand. Currently are known 17 genera of swallows represented by 77 species. And only 5 of them can be found in Ukraine. The most common representatives for Ukrainian ornithofauna are the Hirundo rustica — barn swallow and the Delichon urbicum – common house martin, which are, among other, synathropes, that are species of birds that live comfortably near human settlements. And in the sandy cliffs, sand pits and other areas with sandy or clayey composition, we can find a bank swallow (Riparia riparia) shore nesting in the sand tunnels and mostly inhabited by colonies. This swallow specie has a grayish brown color and short tail, which is different from barn swallow and house martin. The most rare species of this family in Ukraine are the crag martin (Ptyonoprogne rupestris) and the red-rumped swallow (Cecropis daurica), which in our country are birds of passage, can be found on the southern coast of Crimea and Zmiinyi Island (Western Black Sea). 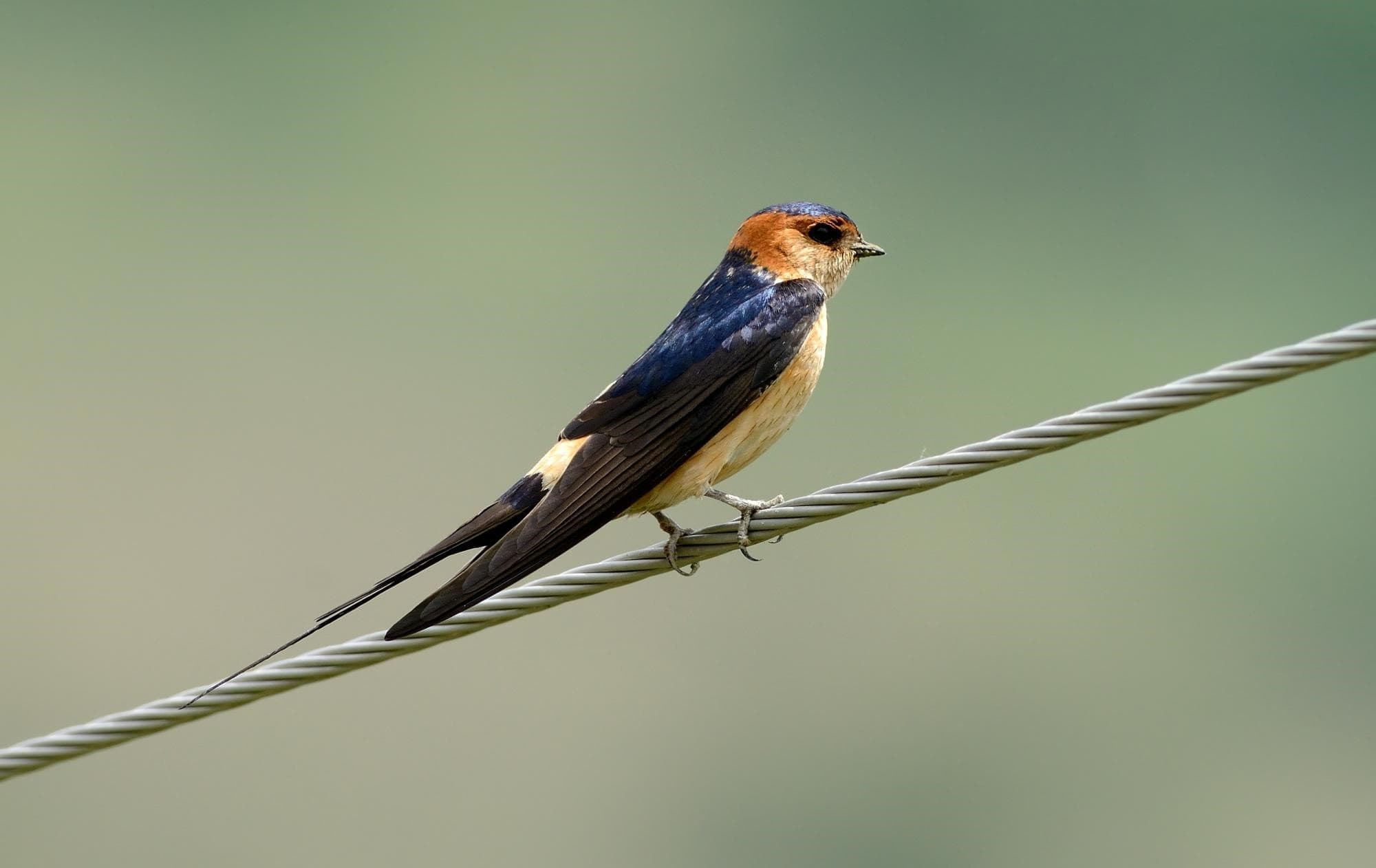 In addition to swallows being the heralds of spring, there are a number of other signs and beliefs associated with in Ukrainian culture, that make the birds Ukrainian folk symbols. Thus because of the ability of birds to fly low above the ground (by the way, swallows drink water on the wing), one can forecast that rain should be expected. A swallow nest on the house is considered a protection against fires, and in a cowhouse or stables protection of livestock from diseases. However, representatives of this genus are known far beyond the borders of Ukraine. Swallows image is used worldwide by sailors as one of the most common symbols, especially for tattoos. The matter is that swallows do not fly on the open sea or ocean, and seeing the swallows in the air, sailors are always sure that they are approaching land. The image of swallows is also associated with youth and freedom, which is why such positive symbolism is often used in various fields of culture. 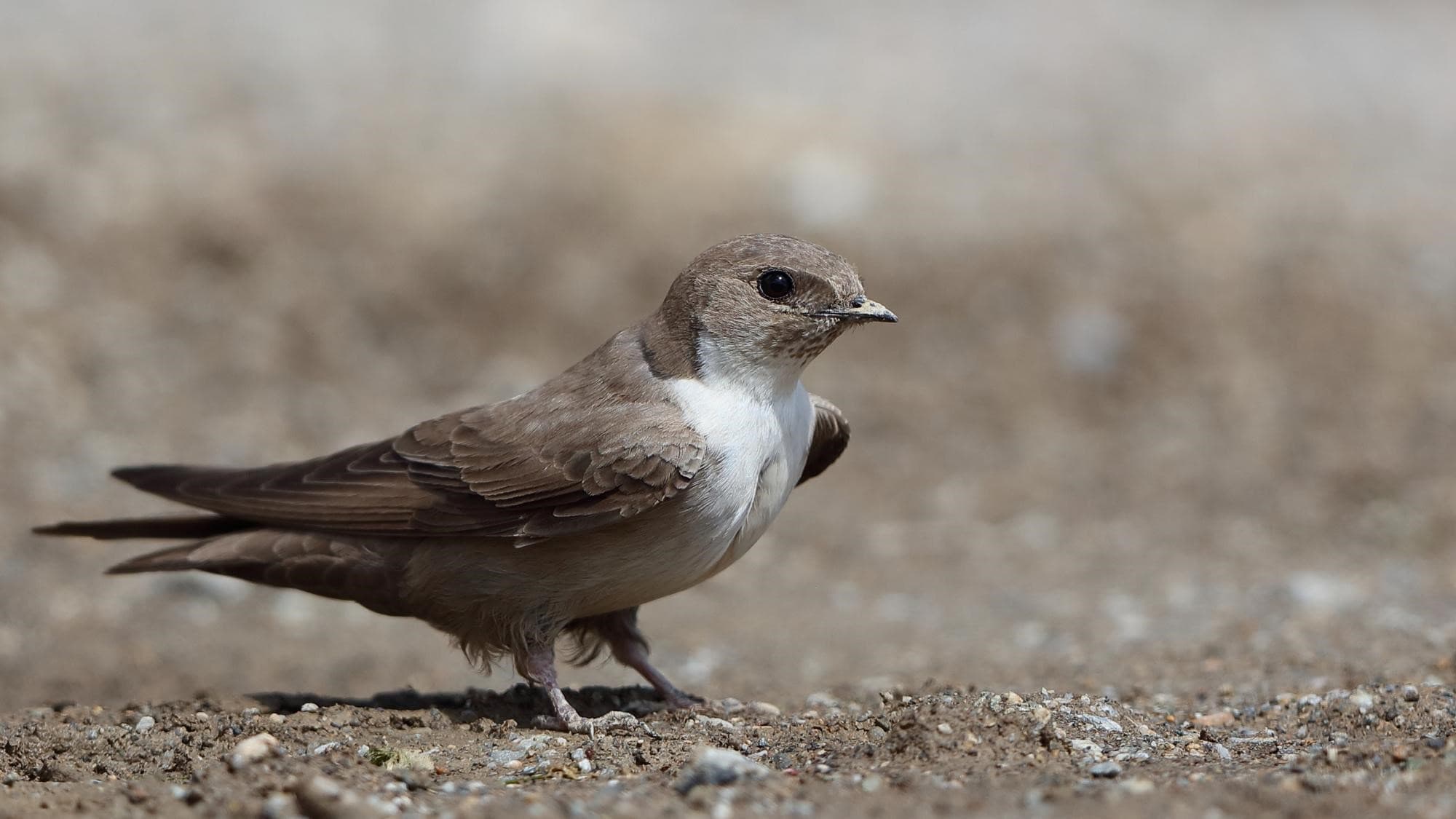 As the arrival of the swallows from Africa is a symbol of spring, so their flying away symbolizes the onset of autumn. The return migration of birds comes round from the end of July to September, during which they fly to the Sahel region and South African — home to dozens of nonmigratory species of swallows, most of which have a rather unusual appearance. These are the mosque swallow (Cecropis senegalensis), the African river martin (Pseudochelidon eurystomina), the red-chested swallow  (Hirundo lucida), the white-throated blue swallow, (Hirundo nigrita), the black saw-wing swallow (Psalidoprocne pristoptera), and many others.